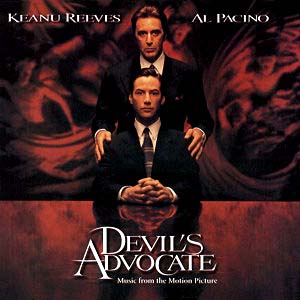 When an office full of New York City real estate salesmen is given the news that all but the top two will be fired at the end of the week, the atmosphere begins to heat up. Shelley Levene (Jack Lemmon), who has a sick daughter, does everything in his power to get better leads from his boss, John Williamson (Kevin Spacey), but to no avail. When his coworker Dave Moss (Ed Harris) comes up with a plan to steal the leads, things get complicated for the tough-talking salesmen.
Director: James Foley
Writers: David Mamet (play), David Mamet (screenplay)
Stars: Al Pacino, Jack Lemmon, Alec Baldwin, Alan Arkin, Ed Harris, Kevin Spacey, Jonathan Pryce
LISTEN HERE: Glengarry Glen Ross, 1992
Logan’s Movie Reviews on Twitter @Logan_Movies

In 1980 Miami, a determined Cuban immigrant takes over a drug cartel while succumbing to greed.

MOVIES EVERY MAN SHOULD OWN More →

Al Pacino in The Godfather

MOVIES EVERY MAN SHOULD OWN